Committees
The work of SPJ is largely done at the national committee and community level. No matter what your passion — freedom of information, diversity, ethics, freelance, international journalism, First Amendment rights, journalism education — SPJ has an outlet for your talents, passion and energy. Learn more about (and get involved with) our committees here.

This committee oversees the Society's Legal Defense Fund, a unique account that can be tapped for providing journalists with legal or direct financial assistance. Application to the fund is approved by either a small committee or the national board, depending on the level of assistance sought. The committee works throughout the year raising funds for LDF.

Outside of SPJ, she serves in dual roles as a professor at the University of Cincinnati's Electronic Media Department and as WXIX-TV's Emmy and national award-winning investigative reporter. Her abilities as a writer and reporter have garnered Hagit more than 100 national, state and local awards, including ten Emmy awards, a National Headliner Award, three national Sigma Delta Chi Awards and as a national finalist with the Investigative Reporters and Editors Association. Hagit received bachelor's and master's degrees in journalism from the Medill School of Journalism, Northwestern University.
Legal Defense Fund Committee Members

David Cuillier, a former newspaper reporter and editor, is an assistant professor in the Department of Journalism at the University of Arizona. He researches public attitudes toward freedom of information and is one of the SPJ newsroom trainers for acquiring government documents. 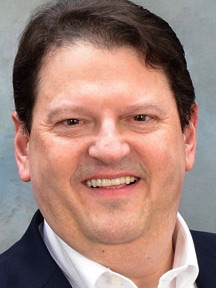 Paul Fletcher has been publisher and editor-in-chief at Virginia Lawyers Weekly in Richmond, Virginia, since 1989. He joined the newspaper the previous year as news editor, after practicing law in Southwest Virginia for three years.

A graduate of the Washington & Lee University law school, he earned his undergraduate degree at the College of William & Mary and an M.A. in English from Emory University.

Fletcher has been a member of SPJ since 1992 and serves on the SPJ Ethics Committee. He is the immediate past president of the Virginia Pro chapter.

He has won a number of state and national journalism awards, including honors for editorial, feature and column writing. 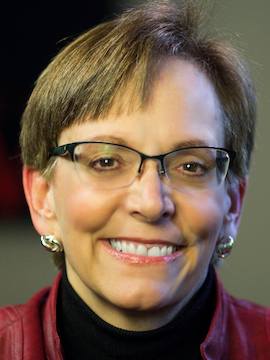 Dana Neuts is a freelance journalist, author, writer and editor as well as the publisher of iLoveKent.net, a hyperlocal blog focused on Kent, Washington. Her work has appeared in numerous local, regional and national publications including AARP Bulletin, The Seattle Times, Northwest Travel, 425 magazine and South Sound magazine. She is a member of the Western Washington Pro Chapter of SPJ, and is currently serving as SPJ president. To learn more about Neuts, visit virtuallyyourz.com.

Lynn Walsh is an Emmy award-winning journalist who has worked in investigative, data and TV journalism for more than 10 years. Currently, she is a freelance journalist and the Assistant Director for the Trusting News project, where she works to help rebuild trust between journalists and the public by working with newsrooms to be more transparent about how they do their jobs.

She is a past national president for the Society of Professional Journalists. During her term, she spoke out against threats to the First Amendment while working to protect and defend journalists and journalism. She also serves the journalism organization as a member of SPJ’s FOI committee and is the current Ethics Chair. Lynn was also selected to represent SPJ on the Freedom of Information Act (FOIA) Advisory Committee where she worked to recommend changes to help improve the national FOIA process.

Previously she led the NBC 7 Investigates and NBC 7 Responds teams in San Diego, California for KNSD-TV. Prior to working in California, she was working as data producer and investigative reporter for the E.W. Scripps National Desk producing stories for the 30+ Scripps news organizations across the country. Before moving to the national desk, she worked as the Investigative Producer at WPTV, NewsChannel 5, in West Palm Beach, Florida.

She has won state and local awards as well as multiple Emmy’s for her stories. She loves holding the powerful accountable and spends more time than she would like fighting for access to public information. Lynn travels around the country, teaching journalists and students about the latest innovative storytelling techniques and how to produce ethical content, no matter the medium.

Lynn is a proud Bobcat Alumna and graduated from the Ohio University’s E.W. Scripps School of Journalism. She loves the beach, sunsets, exploring the world and attempting new yoga poses. She believes the glass is half-full, the truth is always out there and that hard work, dedication and personality can make any dream come true.

Committees
The work of SPJ is largely done at the national committee and community level. No matter what your passion — freedom of information, diversity, ethics, freelance, international journalism, First Amendment rights, journalism education — SPJ has an outlet for your talents, passion and energy. Learn more about (and get involved with) our committees here.