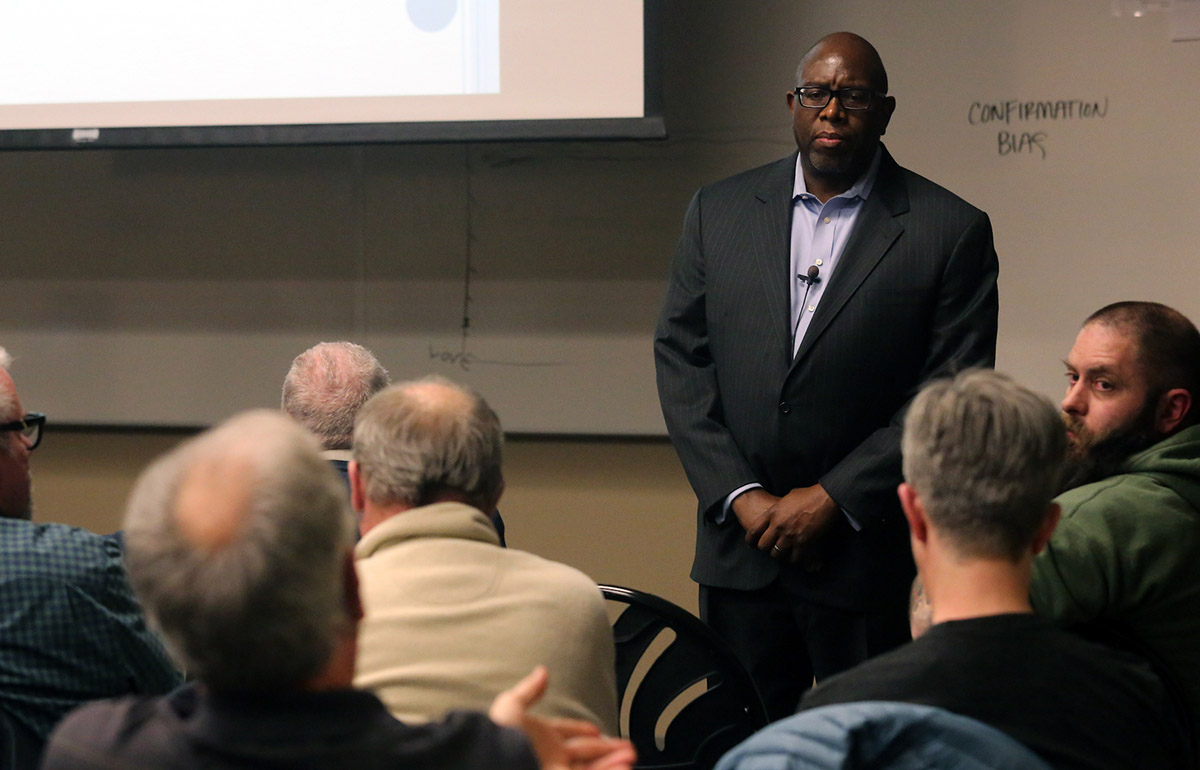 SPJ’s Journalist on Call is an innovative, first-of-its-kind program created to address the issue of media trust in our society. Its primary focus is outreach to the public, with a goal of explaining why journalism is important and rebuilding trust in the news media.

In June 2018, a survey by Gallup and the Knight Foundation, “Perceived Accuracy and Bias in the News Media,” found that Americans estimated 62% of the news that appears in print, on television and on the radio is biased, 44% is inaccurate and 39% is misinformation.

Through the Journalist on Call position, the point is not to talk to the public, but to talk with the public; helping the public understand how journalism works. The First Amendment and the Freedom of Information Act serve not just the interests of journalism, but of the public.

Similar to the role of an ombudsman, the Journalist on Call helps journalists understand the lower level of trust and what they can do to rebuild it. This is not just public relations for journalism, but an effort to engage in a respectful conversation among journalists and the public.

Since former Associated Press editor Rod Hicks took on the role, he has aggressively sought to fulfill the mission of this position. In the last couple of years, he has undertaken the following activities:

– Hosted a six-month study and community discussion on journalist trust in Casper, Wyoming, a community with one of the highest levels of media distrust.
– Organized a lively community discussion in Baltimore to discuss the media during the protests related to the Freddie Gray shooting
– Provided assistance after the Capital Gazette mass shooting
– Provided assistance in Sacramento after a shooting in that community.

Do you have questions about the Journalist on Call? Contact Rod Hicks for more information.