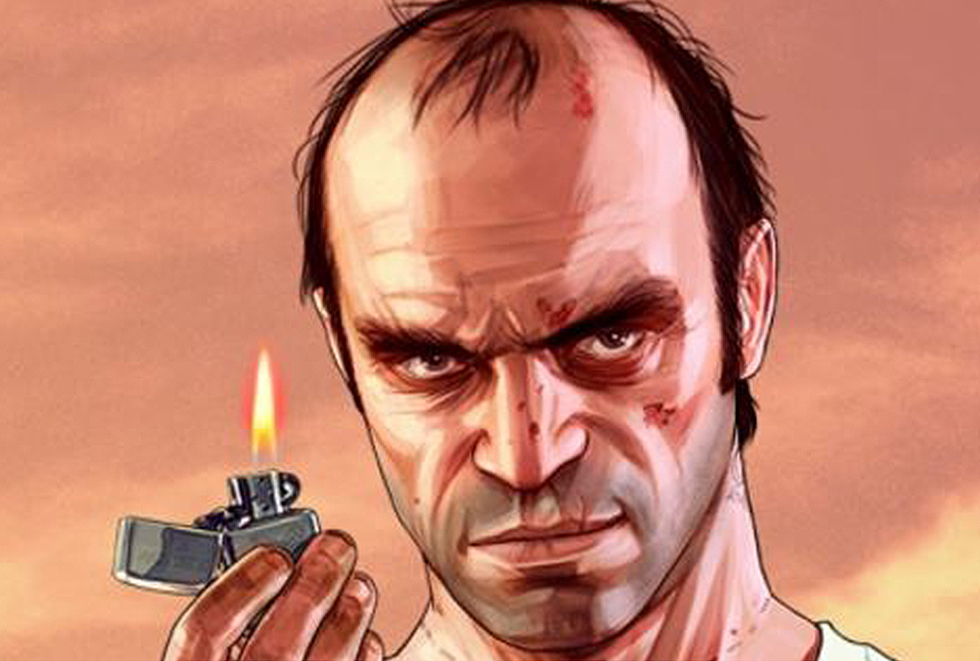 Judges’ conclusions: For arguably the most important Kunkel Award, this was an imperfect choice amid weak competition. Griped one judge...

This guy wins the triple challenge: Bury your lead, bury your sourcing, bury your thesis. Fuck. But he got interviews and data and builds a case.

Another judge was less profane but still underwhelmed...

Beating to death something you already admit has been beaten to death with a nine-paragraph rehash? I could've done with one or two.

I also really, really don't care as a reader how hard it was for you to get answers from the candidates. I actually snorted at this: "I sent emails to the Clinton, Trump, Johnson, Stein, and later on the McMullin campaigns. This turned out to be an arduous task, as I'm sure you can imagine." No one cares about your struggle to GET the story. They only care about THE STORY.

That said, kudos for doing original reporting and seriously researching the issue. Journalism is the most important thing and harder to come by — while tight, compelling writing is secondary and probably easier to learn.

The first-person perspective actually works here because it's not about his feelings. He's explaining how he acquired his sources. This story wins for me with just the sourcing alone. Who else thinks to reach out to presidential candidates about video games?

Judge’s comment: “I would've picked this to win if it wasn't even more muddled than Gamer's Guide. There's so much sourcing, and I absolutely love that the writer fact-checked LA Weekly. If this guy gets a handle on presenting stories in more compelling packages, he'll be a powerhouse.” 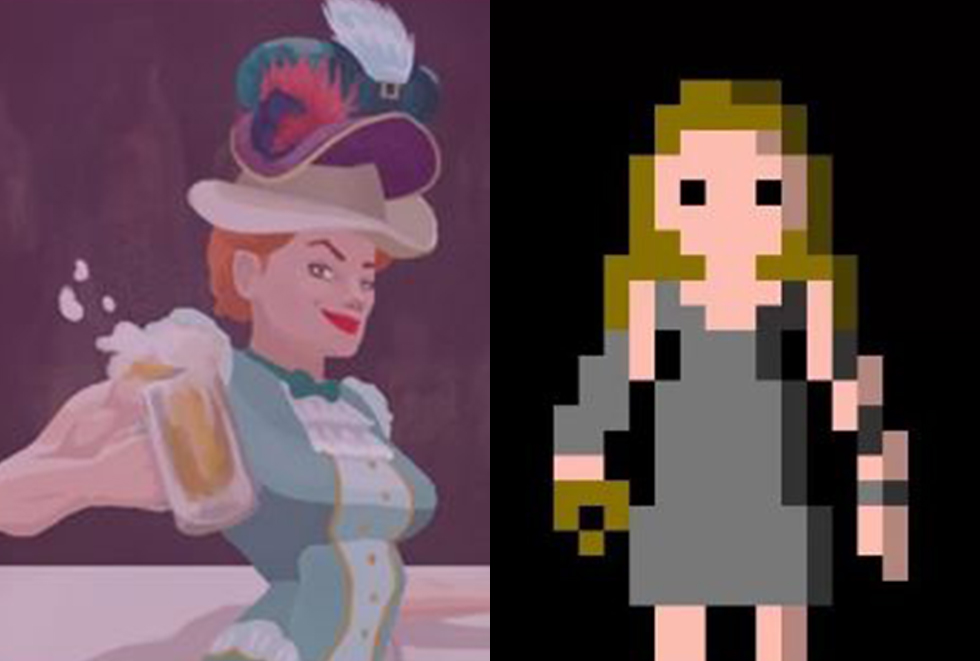 I love the art, the quotes and anecdotes, the angle and scope, and the clean (by which I mean unpretentious and jargon-free) writing. I never felt like this piece was overstaying its welcome or straying from its purpose, and I felt one of those two things about almost everything else on this list.

About the Kill Screen story...

I mean, pixels and counterculture, I'm in regardless. But I really like the lengths taken here to avoid casting Hong's work as a nostalgia trip or merely sprite-hacking, while also fairly leveling the criticism that the artistic impact is limited by the fact the gameplay is untouched from the originals. That takes some juggling, especially to not lose the reader along the way.

SECOND PLACE: The state of game development in Africa, by Richard Moss, Gamasutra

Judge’s comment: “I really like this because it's something I've never heard about and the story addresses some preconceptions — while dangling some surprising tidbits, too. It says up front it's based on interviewing several developers, so I’m turned off by any unattributed assertions.”

THIRD PLACE: The Untold Story of the Ghostbusters Video Game that was Almost a Masterpiece by Matt Paprocki in Playboy 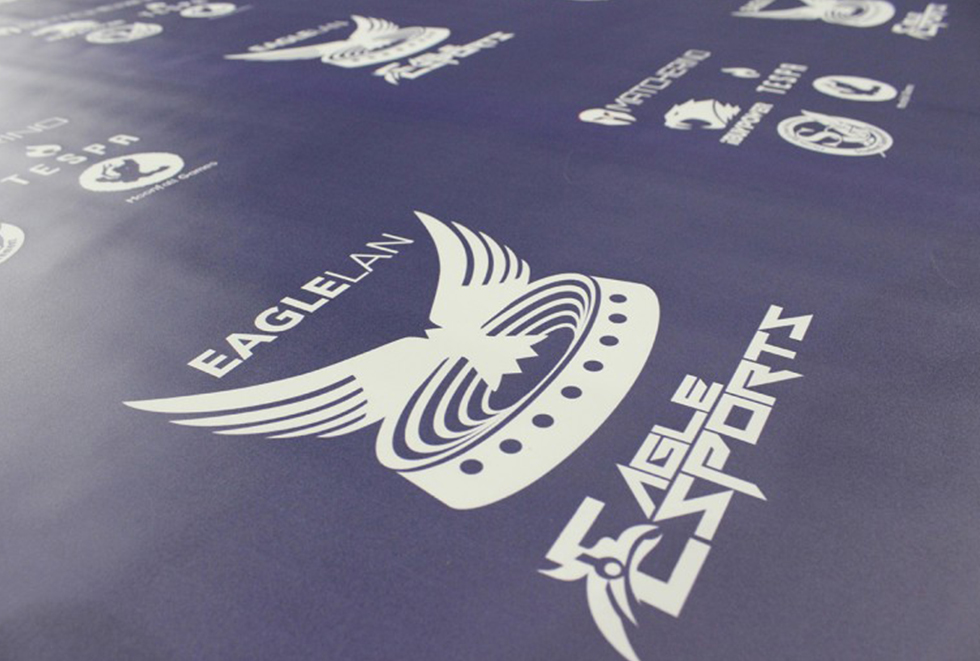 Judges’ conclusions: Aiden Strawhun was a student at Florida Gulf Coast University in Fort Myers, where among other things, she wrote about games for her student newspaper. She also covered her gaming community for a local news website called the Lee Herald. That’s probably why one judge called this “obviously good” and another simply declared, “My top pick.” Strawhun is now a pro reporter at the Naples Herald.

But the third judge wasn’t impressed with the misleading headline...

Let it also be known that I thoroughly enjoyed the EagleLAN piece and would have put it in my top 3. I decided not to because the headline has seemingly nothing to do with the content of the story. I'd look at the headline and expect coverage on the event. What I got instead was profiles on several of the players. There's nothing wrong with players discussing how esports should be on ESPN, but it becomes a problem when you're marketing a different story via the headline.

Here’s a secret journalists know but normal people don’t: Reporters don’t often get to write their own headlines. Editors do. It’s quite common for reporters to roll out of bed, blearily look up their own stories on their phones or computers, and curse the asshole who dropped a misleading headline on top of their byline.

So Strawhun wins for excelling at her job, even if her editors didn’t. Sadly, none of the other entries excelled enough to be propelled into second or third place.

NO SECOND OR THIRD PLACE AWARDED 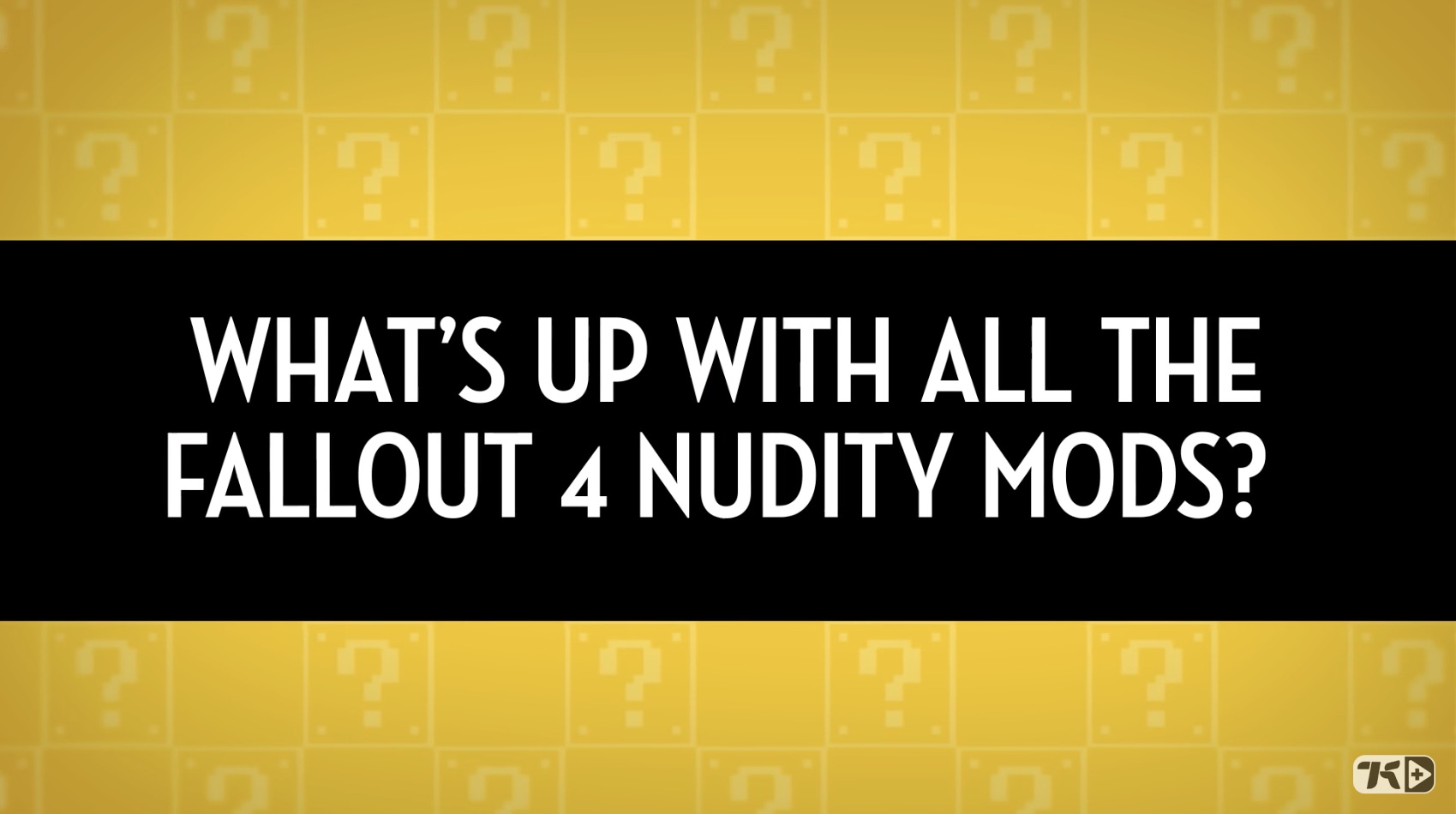 First Place:
The NSFW World of Skyrim and Fallout Nudity Mods, by Kotaku

Judges’ conclusions: In a category swollen with opinion and starving for news, this Kotaku video was the clear winner — and the only one. The judges couldn’t be persuaded to choose a second and third place. As one insisted...

I can say without any issue that my only nomination for a winner is the NSFW Skyrim/Fallout piece — which identifies an issue, quantifies and qualifies it, and answers questions. There's data. There's fucking journalism with the viewer in mind, seemingly unlike so many other nominees. Mind your audience and ask yourself: “Does this sentence give anything to my reader?” If the answer is no, throw it out.

Another judge added, “There's research and not just sourcing from the subject themselves, but another modder as well. On top of that, it's investigative and attempts to balance both sides.”

If only more journalists could do the same — both in the gaming world and in the rest of the world.

NO SECOND OR THIRD PLACE AWARDED 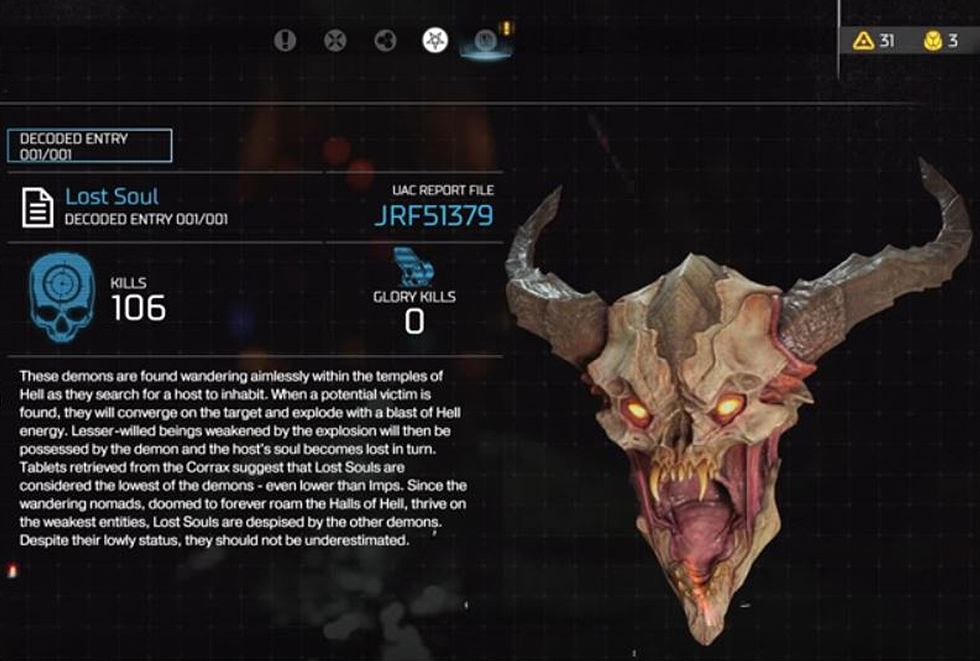 Brought in legitimate sources, which scored Noclip major brownie points. Weaved the quotes/commentary into their angle well. Between analysis, interviews and visuals, the video was actually entertaining to watch — making it stand out from some other entries that bored me to pieces with a lack of style.

Said another simply: “Interesting story idea, clear angle, sources up front.” While DOOM Resurrected was the unanimous winner, the judges couldn't agree on the runners-up, splitting 2-1 on each.

SECOND PLACE: Morality in the Mechanics, by Mark Brown

Judge’s comment: “Mark Brown either put a lot of effort into researching each game or completely fooled me. The major drawback is his need to zero in on a clear angle from the beginning. Brown eventually backs up his point with game analysis and secondary sources, but lacks any interviews with actual people.”