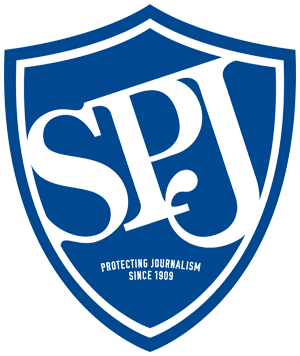 INDIANAPOLIS  The Society of Professional Journalists joins numerous other professional organizations in their outrage of the treatment of journalists by the Ferguson, Mo., Police Department as they report about the unrest in that community. SPJ is also offering its assistance to the police department to help them better understand how the press and police can and should co-exist.

Journalists around the nation are angry at the reports of excessive force and outright violation of the law by Ferguson police officers, said SPJ President David Cuillier. However, we do understand that this could be a result of lack of knowledge and training on behalf of the Ferguson Police Department. We offer our expertise and resources to the department to educate them on the First Amendment and the rights of journalists to report the news without interference or threats.

Two journalists, Wesley Lowery of the Washington Post and Ryan J. Reilly of the Huffington Post, were unjustly arrested Wednesday night while working with other reporters in a McDonalds in Ferguson. About six police officers came into the restaurant, some in regular uniforms and others in riot gear and carrying assault weapons.

Lowery was illegally instructed to stop taking video and followed police instructions, after which he was slammed into a machine and handcuffed, Martin D. Baron, executive editor of The Washington Post said in a statement Wednesday night. Reilly also reports that a police officer slammed his head into the glass on their way out of the restaurant and then sarcastically apologized for it. Both reporters said police officers refused to provide their names or badge numbers.

That behavior was wholly unwarranted and an assault on the freedom of the press to cover the news. The physical risk to Wesley himself is obvious and outrageous, Baron continued.

SPJ believes that public enlightenment is the forerunner of justice and the foundation of democracy. The duty of the journalist is to further those ends by seeking truth and providing fair and comprehensive accounts of events and issues. This past year, SPJ, in collaboration with the National Press Photographers Association, has provided training for law enforcement, journalists and citizens in a half dozen communities to educate everyone on the rights and responsibilities for anyone to photograph or take video in public.

SPJ is offering to conduct a similar community training session for the Ferguson Police Department.

When law enforcement, military or government agencies prevent journalists from doing their jobs, through force, intimidation or other unwarranted unethical practices, it creates a slippery slope in which democracy is compromised, Cuillier said. Part of SPJs mission is to not only educate and support journalists in their efforts to do their jobs ethically and credibly, but to help others understand the rights of journalists as outlined in the U.S. Constitution and ways these groups can co-exist and work together in a peaceful, mutually respectable manner.

Founded in 1909 as Sigma Delta Chi, SPJ promotes the free flow of information vital to a well-informed citizenry; works to inspire and educate the next generation of journalists; and protects First Amendment guarantees of freedom of speech and press. For more information about SPJ, please visit spj.org.

 Spotted Bear, Szekely appointed to SPJ Board of Directors for 2022-23

 2/17/23: Exploring Craft: A master class in copyediting from the author of Dreyers English