INDIANAPOLIS  The Sigma Delta Chi Foundation and the Society of Professional Journalists are deeply saddened to learn of the death of Dori J. Maynard, president of the Robert C. Maynard Institute for Journalism Education and longtime champion of diversity in journalism. 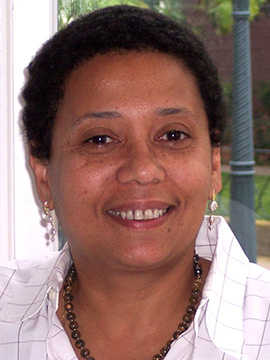 Maynard, 56, died Tuesday in her West Oakland, Calif., home, according to the Institutes website.

A board member of SPJ's Sigma Delta Chi Foundation since 1999, Maynard was named a Fellow of the Society in 2001. The award recognizes outstanding contributions to journalism. Maynard was well-known for tirelessly working to ensure diversity in the newsroom and challenging news media to look at themselves and what she called distorted coverage of communities of color when covering Americas ongoing racial struggles and what it does to the country.

"Dori's counsel at board meetings was always invaluable. She was a passionate advocate for advancing diversity, yes, but just as importantly she was a passionate advocate for better journalism. And she was always funny and warm," said Robert Leger, president of the Sigma Delta Chi Foundation. "This is a huge loss not only to those of us who knew and worked with Dori, but for our profession as a whole."

In Maynard's memory, the Foundation is donating $5,000 to the Maynard Institute.

Dori advocated for the work of the Institute  and SPJ  to educate and remind journalists that including diverse voices in news coverage is more important than ever, SPJ President Dana Neuts said. She traveled the country lending her expertise and helping journalists tell more inclusive, diverse stories.

SPJ and the Sigma Delta Chi Foundation are looking into additional ways we can help to continue Doris lifes work while celebrating and advancing her legacy, Neuts continued.

Dori Maynards father, Robert C. Maynard, the former owner of the Oakland Tribune and the first African-American man to own a major U.S. newspaper, founded the Institute with his wife, Nancy Hicks Maynard. Dori Maynard served as its president since 2001.

She and her father were Neiman scholars at Harvard University. Her career included working at the Detroit Free Press, the Bakersfield Californian and The Patriot Ledger in Quincy, Mass.

Founded in 1961, the Sigma Delta Chi Foundation is a tax-exempt, 501(c)(3) public foundation that is dedicated to ensuring that those who carry on the tradition of a free press are prepared for the challenge. Its goal is to support the educational programs of the Society of Professional Journalists and to serve the professional needs of journalists and students pursuing careers in journalism. For more information about the SDX Foundation, please visit www.spj.org/sdx.asp.

Founded in 1909 as Sigma Delta Chi, SPJ promotes the free flow of information vital to a well-informed citizenry; works to inspire and educate the next generation of journalists; and protects First Amendment guarantees of freedom of speech and press. For more information about SPJ, please visit spj.org.