INDIANAPOLIS  The Society of Professional Journalists has appointed two at-large directors to its national Board of Directors, a crucial step in the governance transition overwhelmingly approved by the delegates to the Societys 2017 convention in Anaheim, Calif.

The national board, which until this year had 23 members, will be reduced to a more practical and efficient nine members in the fall of 2019. However, the 2018-2019 term is one of a kind. As a consequence of the 2017 bylaws amendments, several board positions will be phased out once the current occupants complete their terms in September. Meanwhile, the members elected more at-large directors than before, while the two new appointed directors bring the final size of this years board to 18.

This is a unique, transitional year, said SPJ National President J. Alex Tarquinio (@alextarquinio), who took office at the Excellence in Journalism conference in Baltimore at the end of September. Although the bylaws amendments altered the composition of the board, it is still incumbent on this years board to establish many of the policies and procedures specific to making this a smooth transition. It is up to this board to lay the groundwork for the Societys future success, Tarquinio said. We are hashing out what it means to be a more strategic, nimble board.

The two appointed director positions were created with the intention of bringing critical expertise to the board. The first appointees attest to this goal. Ivette Davila-Richards (@IDRichards) has eight years of leadership experience with the National Association of Hispanic Journalists (NAHJ); while Victor Hernandez (@ToTheVictor) has received accolades for his digital and management expertise. 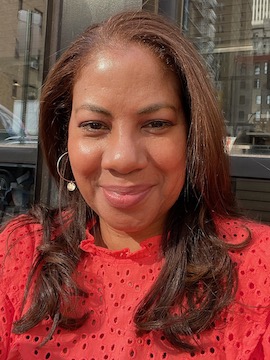 Davila-Richards (right) is currently a freelance assignment editor for the Fox News Channel, and previously spent 10 years as an associate producer for CBS News in New York. At NAHJ, she served as the New York chapter president, regional director for the Northeast, and as vice president for broadcast on the national board. She was an SPJ Diversity Fellow at this years convention and has since joined the Societys national Diversity Committee.

Mentoring, advocating for diversity, and serving the public is a passion of mine, Davila-Richards said. 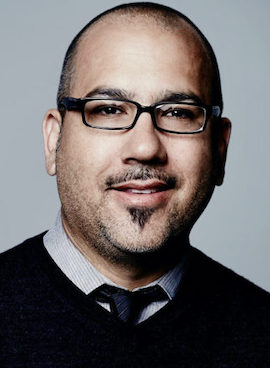 Hernandez (right) brings more than two decades of professional experience from leading-edge newsrooms, journalism education programs, and technology startups. He recently served as the director of media innovation at Banjo, a technology startup specializing in event detection used every day by global newsrooms. Prior to that, he spent 12 years at CNN, working extensively within the organizations editorial leadership and product technology areas. As a longtime SPJ member, he served on the task force that ultimately proposed the restructuring of the national board, as an advisor to the student news project at EIJ conferences, and as a trainer at national and regional conferences.

Im both honored and thrilled at the opportunity to join the SPJ board and give back to the organization, its members and the field of journalism, Hernandez said. I look forward to helping foster change and build toward the future.

Tarquinio said the appointment of these two extraordinary journalism leaders marked an important step in this unusual year. Their expertise will be invaluable to the boards ongoing evolution, she said.

The other officers include President-Elect Patricia Gallagher-Newberry (@PattiNewberry) and Secretary-Treasurer Matthew T. Hall (@SDuncovered), who were both elected in September. Newberry directs the journalism program at Miami University in Ohio. Hall is the editorial and opinion director at The San Diego Union-Tribune.

The current board includes two academic positions. Sue Kopen Katcef (@UMNewsie), vice president of campus chapter affairs, directs the Capital News Service Broadcast Bureau at the University of Marylands Philip Merrill College of Journalism. She will be completing her term in September, and this position will not exist in the new board structure. The same is true for Campus Adviser At-Large Jeff South (@JCSouth), the Capital News Service director at the Richard T. Robertson School of Media and Culture at Virginia Commonwealth University.

After this year, there will no longer be any dedicated board positions for faculty. However, the changes the delegates voted for in 2017 specify that if no one representing the campus community is elected to the board, the board must make one of the appointed directors a campus representative. That could be either a faculty member or a student.

Previously, the directors of all 12 SPJ regions sat on the national board, giving them a majority of the 23 votes. Half of those regional director seats were phased out this year. Next year, all 12 will serve on a committee of regional coordinators that will continue to serve chapters and members in their regions.

In September, members elected two at-large directors to two-year terms: Mike Reilley (@journtoolbox), visiting professor in data and digital journalism at the University of Illinois-Chicago and an SPJ trainer, and Tess Fox (@tesstakesphotos), copy editor and page designer at The Bulletin in Central Oregon.

Members elected two at-large directors to one-year terms: Michael Savino (@Reporter_Savino), local and state editor at The Record Journal in Connecticut, and Yvette Walker (@ywalker), assistant dean at the Gaylord College of Journalism and Mass Communication at the University of Oklahoma.

They joined At-Large Director Lauren Bartlett (@LBartlettLA), senior director of communications at the University of Southern California, who was elected to a two-year term in 2017.

For descriptions of SPJ Board positions, please consult SPJ's bylaws. For complete bios of each member, please read the SPJ Board of Directors page of SPJ.org.